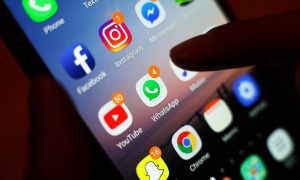 Traditional education and digital education have always been at “war’ in terms of which is better and most importantly which is the most effective.

With the growing debate surrounding traditional education and digital education, it has become obvious that the main reason for the numerous debate, steams from the perspective of the world to the word “technology” in education.

Everyone seems to agree that education is the passing on of knowledge and  no one has an issue with it. However, issues arise where the method of passing knowledge is concerned especially if the said method is the use of  “technology”.

Technology in education has a defined and specific way it is viewed. Often associated with products, devices, apps, electronics, robotics, etc, it poses a threat, problems or skepticism when it is recommended or made obligatory in the classroom.

The first ever definition of technology  by Jacob Bigelow in 1829 was “…principles, processes, and nomenclatures of the more conspicuous arts, particularly those which involve applications of science, and which may be considered useful, by promoting the benefit of society, together with the emolument  of those who pursue them”.

If we dwell on the above terms used in defining technology, we may tend to deviate from the basic meaning of technology which is the  development and use of basic tools. The above definition states  “particularly those which involve the application of science” and not “only those which involve application of science”. Therefore, development (which is the summary of “principles, processes, and nomenclatures of the more conspicuous arts”) is in essence, technology.

Development and use are the main terms to focus on if edutech is ever to be looked at in a different light.

Now let us consider technology in the education sector. To facilitate learning, chalks arose, pencils arose, pens arose, books arose etc. These tools were quite different in terms of ideas and not necessarily “science-like” or “tech” as we know it, however, the binding factor  with these inventions  was that they were new at the time to the people during those times.

What we mostly fail to realise here is that this is all development and inventions and in essence, technology. Technology has been in education all this while! They, at that time, were new and they satisfied the needs that arose.

The  reason for the recent friction however, with the technological advancements in education is that it is more digital.

But isn’t “digital” the new world we live in?

We are very comfortable and quick to acquire the latest gadgets and devices for personal use but find it uncomfortable to inculcate it into the educational sector, when in actual fact, it should begin in the classroom because, the world is evolving so much that not knowing how to use a laptop or a gadget in the next few years, might as well be like not knowing how to write.

If we change our perspective to technology and simply look at it as something new or a new development, we will be more motivated and driven to learn how to inculcate technology into education.